The Logitech diNovo Mini does work in OSX and Nokia N800

The Logitech diNovo Mini does work in OSX and Nokia N800

The title should read 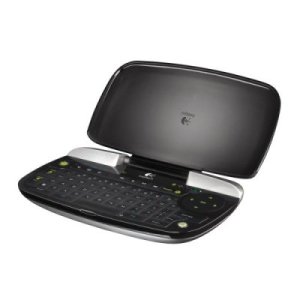 Well I just received my Logitech diNovo Mini from Amazon this afternoon and I’ve had just enough time to run a few test.

First I tried it with the Nokia N800. Once I got over the hurdle of the passcode (enter any passcode on the N800’s keyboard pair settings and then type it in on the diNovo) I was all set on the N800. Of course the Nokia N800 (being a touch screen device) doesn’t have a mouse cursor per say but, the menu mode of the diNovo Mini lets you navigate just fine. That coupled with the keyboard shortcuts proved to be quite useful. The keyboard shortcuts on the N800 do have to be tweaked a bit from their defaults given the key layout on the diNovo but, this is not all that hard.

Now for the big news. I paired the the diNovo mini to an Apple Mac Mini using the built in blue tooth receiver (I have yet to use the one that came with the diNovo for anything) and everything, including the track pad worked fine. The Mac Mini is currently using OSX 10.4 Tiger. I use this machine as a MythTV front end in my master bedroom. No problems what so ever. I was able to navigate with the mouse to launch the MythTV front end and then switch the diNovo’s track pad to menu mode to operate MythTV. It should go without saying that Front row worked as well.

This section was typed using the diNovo mini paired to my Mac book Pro running Leopard. I can even use the media keys to control iTunes. Sweet.

That only leaves Ubuntu to test which I’ll have to get to later. I have another Mac Mini in the basement running the open source Asterisk VOIP server that provides my land line. I’ll have to test that when the phone isn’t in use so check back later.

Update. It works in Linux too.

Well at least in Ubuntu 7.10 Gusty running on a Mac Mini. Obviously I can’t test every distribution and blue tooth receiver so your results may vary but, for me the diNovo Mini has worked with everything I have tested it against. Judging from the limited forum posts I have found concerning the diNovo Mini and Linux the trick appears to be not to use the included blue tooth dongle but, instead, use a blue tooth radio that is known to work in Linux. That is until the wonderful open source community writes a driver for the included adapter.

P.S. I’ll try to do a better job of proof reading next time. I was just in such a hurry to get this info out. C-Ya