Where is Radio going next?

Where is Radio going next?

On December 24th 1906, the world heard its first extended voice radio broadcast.  It was from Massachusetts and the broadcast was received by “sparks”, otherwise known as the communications officers on merchant ships in the Atlantic.  Since then it seems that radio has made a few technology advances in how we receive their product but since the onset of FM has been stuck in a technology black hole and refuses to accept that the world around them is changing.  Technology is changing and the method to deliver their broadcasts is going to change.  I will admit that the radio industry has made a few attempts to leap forward with the times but have been run over with a truck much like Frogger.  These are my views on some of the mistakes that have been made and where radio needs to advance too.

I have been a Broadcast Engineer for 12 years.  I started when i was 20 years old and just recently have left the industry to pursue bigger and better things in the IT sector.  In my career I have worked for 2 different radio companies that shall remain nameless but are quite large .  In the time that I slaved over 50,000 watt transmitters and rodent infested transmitter sites in the middle of no where, I got to play with some pretty cool stuff.  Systems to digitize the music library, automation systems, RDS (Radio Data Systems), transmitter remote controls, instant news services, broadcast consoles that were fully routeable and HD Radio.  I watched all of these systems evolve quite a bit in the last 12 years to the point where they function reliably and efficiently with the exception of HD Radio.  I will get to that in a min.  All of the companies that produce these systems have embraced the new technologies, the Internet and the idea that everything is going to computers.  Radio has tried to go another route with the deployment of HD Radio.

HD Radio is the industries answer to improved quality and delivery to you the listener.  CD quality music with the option to hear more stations with the inclusion of HD2  over-the-air to your radio ( If you spend 200 bucks to buy an HD radio).  Has anyone heard HD Radio.  Does anyone even own an HD Radio.  More importantly, is anyone planning on going to buy one.  I think the answer is an overwhelming NO.  If you think about it for a second, you would realize that the average commuter has a 20 min drive to work each day.  In that time they are on the phone or drinking their coffee and  thinking about the work they have to do that day.  With that said lets knock the listening time down to 15 min each way.  There are plenty of radio stations and other devices such as CD’s and MP3 players that will deliver exactly what you want to hear with out spending the money on a new radio. The overwhelming majority doesn’t  listen to the radio at home. They have the TV on or are on the computer.  Does that really justify spending 200+ dollars on a new radio.  The improvement in audio quality isn’t to bad but definitely not enough to prompt me to buy a new radio.  They do sell an add on device to receive HD on your existing radio but who wants to deal with the extra display unit sticking out from your dash tethered to a cable.  I have one of those by the way and it sucks.  The only reason I have it is because I got it for free. So HD Radio was a move towards doing something new (sort of) but in my mind is going to fail horribly.  Good job guys on investing hordes of money into it.   If your still reading, the key sentence in all of this was “They are on the computer”.

So, where do I think radio needs to go now.  It is pretty obvious in my mind.  THE INTERNET!!!!!!!!!  Everything is going to the Internet and why should radio be any different.  The advances that programmers and developers have made in just the last few years on Web 2.0 have basically started the ball hurdling down the hill aimed at broadcast services along with many other things.  Now i know what a lot of people are going to say at this point, ” I listen to my local stations on the web while I am at work”.  This is true, many radio stations do have online web streams.  The stream you hear on your computer is the same as the one you hear on the radio.  Its just a rebroadcast. They need to start developing original content for the web-streams and start promoting them the same as their over the air channels.  Create web-streams with different music formats, talk content and data services.  Start pushing the technology to their advertisers in order to get them to spend money advertising on the web-streams.  Basically abandon the HD Radio medium and focus the same efforts and ideas on the Web.  The need to drive your listeners to the computer is now.  This is where the business is going to end up in less than 10 years. How and why you ask?

Radio companies are not the most efficient operations to run.  The costs involved to pay for and maintain facilities, transmitters, towers and staff are quite high.  Just think about the electric bill that it takes to run a 50,000 watt transmitter site when your transmitter is running at 60% efficiency.  Add this to repair and maintenance costs of buildings and equipment and it gets pretty high.  Now think about what you could do with the Web.   Centrally locate your facility in a large market and be able to broadcast via the internet to the entire world.  This means fewer facilities and less cost.  The inefficient transmitters would be no more. The possibility of an unlimited amount of programming and the only constraint would be available bandwidth.  Use geotagging in your commercials to sell and play local content to specific markets.  The most important reason would be the ability to have your content heard through devices such as cell phones, computers, Internet Tablets and anything else that can access the Internet today and future devices such as in car computers and Internet enabled car stereos.  Most of these devices people already have in their pockets and they already have the capabilities.  This eliminates the requirement of the listener  to spend anymore money in order to recieve your content.  You get better Radio and the broadcast companies get their listeners to drive their sales.  Sounds good! 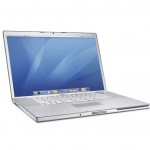 This is where radio is going.  Most of the technology to make it possible is already provided to you through your computer or cellphone.  The missing pieces such as city-wide or nationwide Internet access is being worked on as I type.  Computers are already being installed in cars to bring you advanced data services such as the Microsoft SYNC system in Fords.  The SYNC system is an early idea that will be expanded in the very near future to include added functionality such as Internet access while you drive.  You will also start seeing competitors to the SYNC system being installed or offered by the major automobile makers.  Combine this with the technology already available to us and its not hard to see where the future of radio is.  The first broadcasting company to partner with a technology provider such as Verizon, Nokia, Apple, RIM, Sprint, ATT or Google to be a part of further developing this new delivery method is going to be the winner. Radio that costs less to produce, reaches more listeners, and provides better service.  Its not hard to see that this is where radio is going.