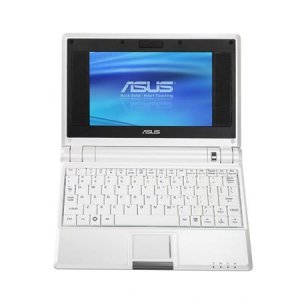 When Asus came out with the Eee in Japan it offered it with XP as its primary OS. The model number was changed to 4G-X to distinguish it from the regular, Linux-based 4G model.

Asus has always offered Windows drivers for the Eee’s so one could always install XP if they wished. God only knows why.